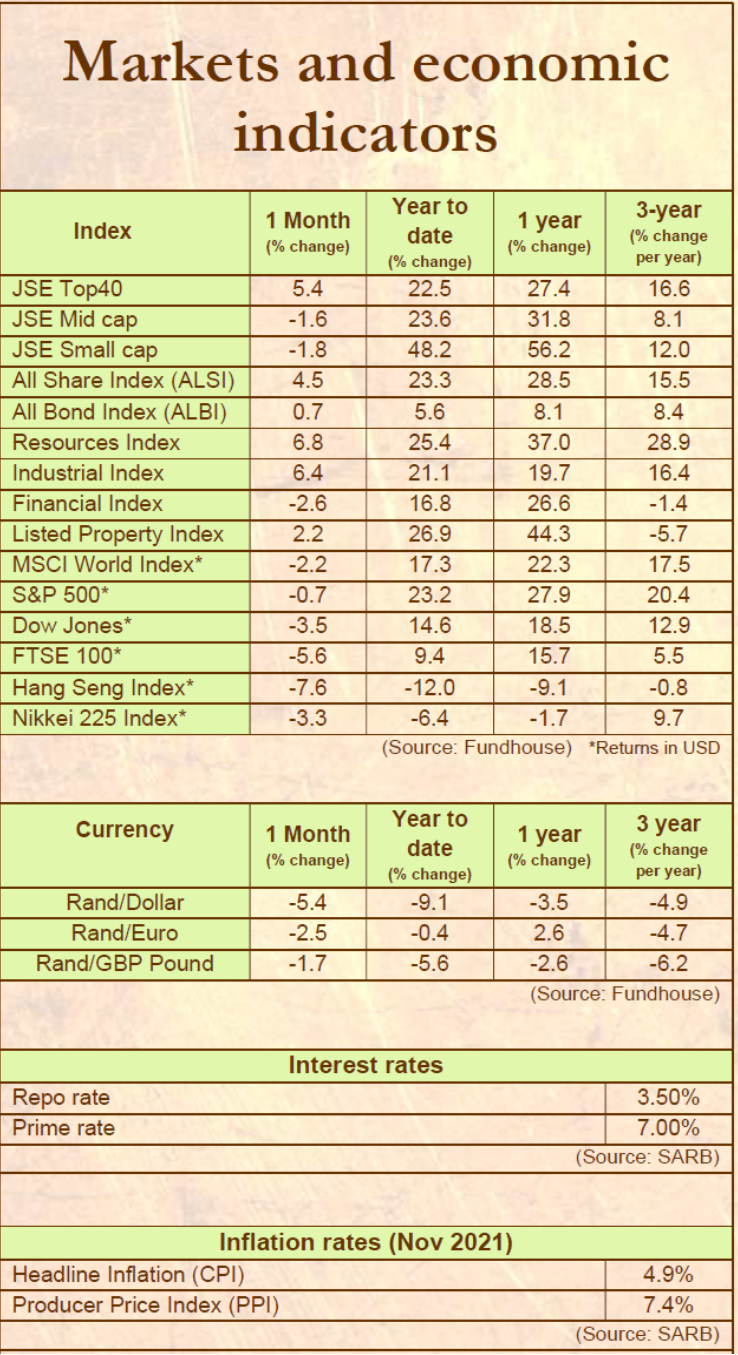 South Africa kicked off an eventful November with its sixth municipal elections. The results delivered many surprises as the ANC vote dropped to record lows. Just 46% of registered voters turned out to vote, and for the first time, support for the ANC dropped below 50%.

At its Monetary Policy Committee meeting on the18th of November, the Reserve bank decided to raise the repo rate by 0.25% to 3.75% from its record low, its first repo rate hike in three years.

At the end of November, a team of South African researchers announced that they had detected a new variant of Covid-19, now called Omicron.  The emergence of the new Covid-19 variant unsettled markets in November and as infection rates increased, investors became concerned that economic activity will slow.

The Turkish Lira made headlines in November as it plummeted almost 30% to an all-time low after Turkish president Erdogan stated he was against any rate increases, leaving the Lira 45% lower against the US dollar year-to-date. Turkey’s inflation is now almost 20%, and the President has fired three central bank chiefs because they did not align with his desire to keep interest rates low.

The US unemployment rate fell sharply to 4.2% in November, down from 4.6% in October and 6.3% at the start of the year. Retail sales have been growing for several months and industrial activity remained in expansionary territory for November.